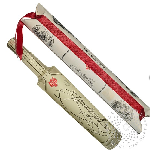 The Rosoli Flacon
Farina 1709 Original Eau de Cologne is presented in the famous Farina “Rosoli” flacon. Originally the flacon was corked and green in color and due to its long, slim form could only be stored or transported in a horizontal position. The term Rosoli dates back to early Renaissance Italy and describes a sweet liqueur that also became popular in Switzerland. The ingredients used were dark fruits such as elder, cherries or black berries grown locally in the area and was often referred to as an aphrodisiac or love philtre.
A translated excerpt from an 18th century encyclopedia states: "Rossoli was a fine liqueur invented by the Italians from the plant Rossolis (Sun dew) and other herbs, spices, etc. It is the name that still recalls the original bright liquor from sun-dewed plants: Ros Solis means dew of the sun.”
The World´s Oldest Fragrance Company
In 1708 Johann Maria Farina described his new fragrance in a letter to his brother Giovanni Maria Battista:
“My fragrance is reminiscent of a spring morning in Italy after the rain; of oranges, lemons, grapefruit, bergamot, cedrat and the blooms and herbs of my home. It gives me great refreshment, strengthens my senses and imagination.” Battista did not suspect, when he read the letter that his brother had been successful in creating a masterpiece, a perfume that would become Johann Maria’s life and that of the generations after him.
Farina’s Eau de Cologne became the favourite of Europe’s heads of state and in 1837 Jean Marie Farina was the first purveyor to be appointed by H.M. Queen Victoria. The Farina archive today houses more than fifty royal warrants that span the European continent from Portugal to Russia.
Johann Maria Farina named his fragrance “Eau de Cologne” in honour of his adopted hometown, Cologne. In doing so he made Cologne a famous centre for the perfumer’s art in the 18th Century. In recognition of their world famous citizen the people of Cologne honoured him by placing a statue of him on the town hall where it can still be seen today.
Illustrious clientele such as Napoleon, Honoré de Balzac, Ludwig van Beethoven, Mozart, Johann Wolfgang von Goethe, Mark Twain, Oscar Wilde, Marlene Dietrich, Indira Gandhi, Romy Schneider and Princess Diana have accompanied Farina throughout its 300 year history.
Today the 8th generation of the Farina family continues to make the genuine and original Eau de Cologne.
Другие товары этой коллекции 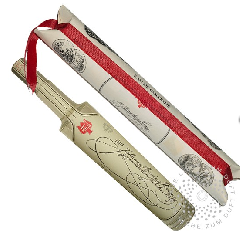